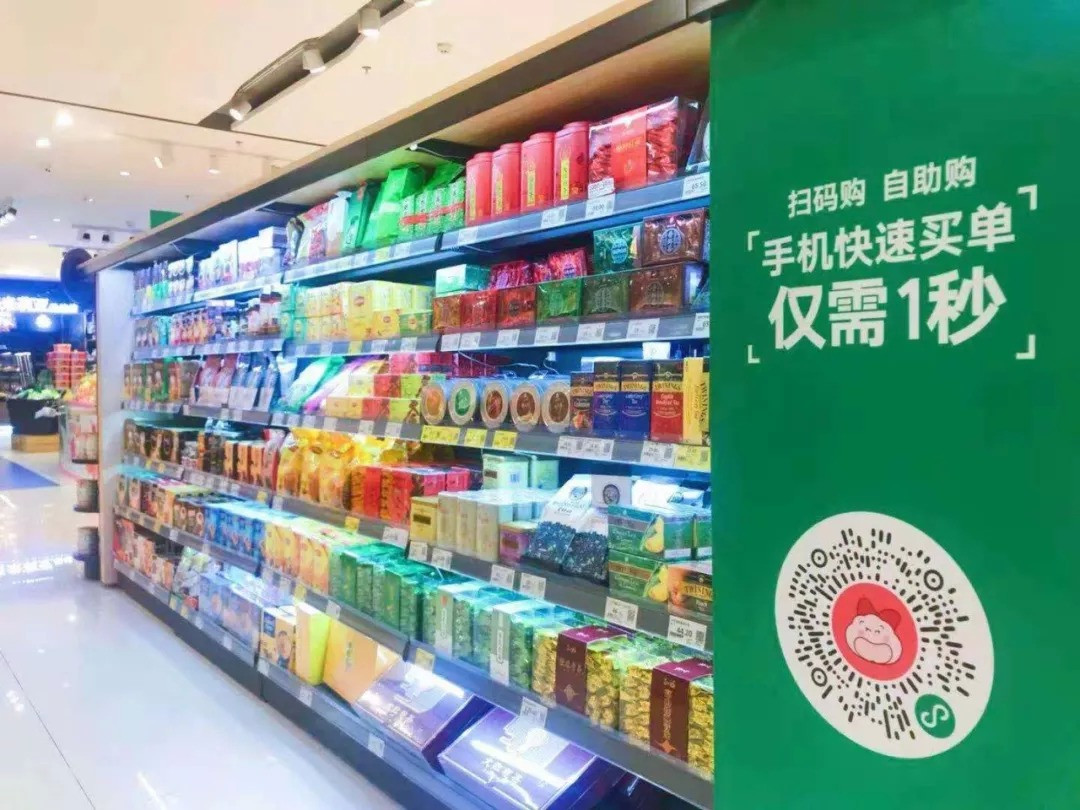 Last November, Tianhong’s Junshang 3019sp@ce supermarket officially upgraded to a WeChat payment smart retail store. The number of cashiers reduced from 15-20 to only two on that day, most of which were replaced by self-checkout machines.

Now, consumers only need to open the WeChat “scan” function and scan the product QR code price tag, and the products can be automatically added to the shopping cart. Customers can even perform face recognition and complete payment using machines provided.

In April 2018, Tianhong, one of the major retailers in China, cooperated with Tencent to set up a “smart retail lab” to jointly develop products for new retail. But this is not their first cooperation.

In September 2013, Tianhong reached strategic collaboration with Tencent. In the domestic retail industry, Tianhong was the first company to cooperate with Tencent to customize the WeChat service account.

As of now, Tianhong has completed the digital transformation for most consumer scenarios. The number of Tianhong members is over 18 million, of which the digitalization ratio has reached more than 80%, and the number of digital members is nearly 16 million.

According to the logic of traditional retail, to get more customers, you need to open more physical stores, which is not the best way for Tianhong at that time. “Omnichannel” is the solution for Tianhong to expand the customer base and achieve more customer connections, that is, the online and offline integration mode.

The real beginning of the omnichannel business is cooperation with WeChat. In September 2013, Tianhong and Tencent reached a strategic partnership and jointly developed the first custom WeChat service account in China’s retail enterprises, focusing on three aspects which is instant service, selected service and interactive marketing.

At the consumer level, it took less than two years to go online, and Tianhong’s WeChat service account has more than 2.5 million fans.

Tianhong is a retail company that has started O2O and mobile app very early. In the general perception, when offline physical retail enterprises go through digital transformation, then a large number of increments in sales shall come from the online orders, which is the strategy practiced by Alibaba’s Hema.

However, the digitalization of the Tianhong is not the case. Although Tianhong also has an online business, the current order quantity is about 10% of the total. For the future, Tianhong also said that they do not expect a substantial increase in online orders. As Tan Xiaohua said, “The digitalization transformation of our business is to expand our existing powerful physical store, but not starting a new and smaller scale online business.”

At WeChat App SG, we take pride in being the best WeChat specialist in Singapore.